Mariella is the Chair of the IUCN SSC Anteater, Sloth and Armadillo Specialist Group. After graduating from University of Zurich, Switzerland, she obtained a doctoral degree in Veterinary Medicine from University of Zurich (thesis: Biology and Maintenance of Armadillos, Dasypodidae). In 2007, she concluded her Ph.D. in Conservation Biology at University of New Orleans (dissertation: Natural History of the Pichi (Zaedyus pichiy) in Mendoza Province, Argentina).

She is now a Research Scientist with CONICET in Mendoza Province, where she studies the conservation biology and conservation medicine of armadillos, as well as the ecoepidemiology of Trypanosoma cruzi, the causative agent of Chagas disease.

She is also an associate researcher of Fundación Omacha, Colombia, and the scientific advisor of the Conservation and Management Program for the Armadillos of the Llanos of Colombia.

Nadia de Moraes-Barros graduated in Biological Sciences from University of São Paulo (USP – Brazil). In 2003, she concluded her Ph.D. in Genetics and Evolutionary Biology at the Institute of Biosciences (IB-USP) where she started to work in phylogeography and population genetics of sloths in a collaborative work with the Department of Parks and Forested Areas – The City of São Paulo Secretary of Environment.

She is currently a postdoctoral researcher at the Laboratory of Evolutionary Biology and Vertebrate Conservation (Labec, IB-USP). Her research encompasses phylogeography, population genetics, phylogeny, and comparative morphological analyses of different species, including sloths. The main goal of these studies is to understand how demographic fluctuations and evolutionary processes, such as selection, are related to species diversification, and in which way intraspecific subdivisions depicted from neutral markers contribute to delineating targets for conservation purposes.

More details about Nadia’s research and publications can be found on her CNPq home page.

Agustín is our Red List authority. After graduating from University of La Plata, Argentina, he started working on his dissertation on the ecology and conservation of armadillos in northeastern Buenos Aires Province, Argentina, which he successfully defended in 2008.

He is now a Research Scientist with CONICET at the Centro de Estudios Parasitológicos y de Vectores, La Plata. He is currently involved in several research projects on the ecology, natural history, parasitology, distribution, and conservation of armadillos in Argentina.

Andy received his PhD in Geography from the University of Florida (UF), where he currently serves as adjunct and coordinates the Master of Sustainable Development Practice program. He worked for 15 years with Wildlife Conservation Society in Bolivia and Ecuador.

He has also worked extensively with camera trap surveys for mammals in both countries.

After completing her Master’s degree in Natural Sciences in Croatia, Tinka Plese worked for two years in the doctoral program at the University of Miami. She has been living in Colombia since 1988. In 1996 she received two sloths for their rehabilitation and reintroduction. Since then she has developed various activities related to the conservation of sloths and other xenarthrans, as well as other threatened wildlife species.

Tinka is the founder and head of AIUNAU Foundation, which works in different fields of research, such as natural and medical sciences, wildlife rehabilitation, environmental education and awareness.

She also works with communities that extract wildlife.

Adriano Chiarello received a PhD in ecology from the University of Cambridge, England, in 1998. Since the 1990´s he has studied mammal ecology and conservation, and from 1995 on he has investigated the maned sloths (Bradypus torquatus) in the Atlantic forest of Brazil. Some of his most relevant results published thus far on this species include aspects on diet, activity and ranging analyses, the assessment of translocation as a conservation alternative, the discovery of sexual dimorphism and conservation genetics.

Working more recently with this sloth species he has reviewed and updated its geographic distribution and habitat preferences and, in collaboration with colleagues, modelled landscape occupancy and related parameters.

Since 2011 he teaches Conservation Biology at the University of São Paulo in Ribeirão Preto, Brazil, where he heads the Laboratory of Ecology and Conservation (LAEC-USP).

Colleen McDonough received her B.S. in zoology from University of Wisconsin at Madison.  She started studying nine-banded armadillos (Dasypus novemcinctus) while at the University of California at Davis, where she received her Ph.D. in Animal Behavior in 1992.

At present, she is a professor in the Biology Department at Valdosta State University in Georgia, USA where she works with her husband, Jim Loughry.  Over the last 20 years, their research has focused on effects of polyembryony on ecology and behavior of nine-banded armadillos.  They mostly work with D. novemcinctus in the United States, but conducted research in Brazil for a short time. Currently, they are investigating incidences of leprosy in the southeastern United States.

In addition Colleen is looking at potential interactions between nine-banded armadillos and gopher tortoises (Gopherus polyphemus).

Jim Loughry received a PhD in Animal Behavior from the University of California at Davis in 1987. Since 1991 he has been at Valdosta State University in Georgia, USA, where he is currently a Professor of Biology. Together with his wife, Dr. Colleen McDonough (also a specialist group member), he has been studying nine-banded armadillos (Dasypus novemcinctus) for most of his career.

Their research has covered a number of different topics, including population genetics, various ecological and behavioral studies, and the consequences of polyembryonic reproduction. At the moment, they are investigating patterns and consequences of armadillos becoming infected with Mycobacterium leprae, the causative agent in producing leprosy.  More details about this and other aspects of Jim’s research can be found on his home page.

Jim was one of the co-editors of The Biology of the Xenarthra (University Press of Florida, 2008). In 2013 he and Colleen published a book about the nine-banded armadillo (The Nine-banded Armadillo: A Natural History, University of Oklahoma Press).

Frédéric graduated from the University of Montpellier 2 (France) where he started working on the phylogeography of the nine-banded armadillo (Dasypus novemcinctus) using samples from French Guiana in 1998. He later obtained a doctoral degree in 2002 while conducting his PhD thesis on using molecular methods to reconstruct the phylogeny and evolutionary history of armadillos, anteaters and sloths.

Please visit Frédéric’s homepage to learn more about his work and current projects.

Roberto has a DVM degree from the Universidad Nacional Autónoma de México. He is a European Zoological Medicine expert in zoo health management, and a wildlife veterinarian with extensive experience with captive and wild xenarthrans.

He is currently clinical veterinarian at the Tucson Wildlife Center in Tucson, Arizona, USA. He is also involved in numerous field studies in Latin America.

Flávia Miranda obtained her degree in veterinary medicine at Universidade de Londrina, Brazil and did a post-graduate course in clinical wildlife medicine at UNISA.

She concluded her Master’s Degree in Applied Ecology  at University of São Paulo with aresearch project on Brucella,   Leptospira and Chlamydophila-serology in wild giant anteaters in the Pantanal and Cerrado. For her PhD in Zoology, she did a taxonomical study of silky anteaters (Cyclopes didactylus) and descr ibed six new Cyclopes species. Flávia coordinates the Instituto de Pesquisa e Conservação de Tamanduás no Brasil (Instituto Tamanduá), an NGO dedicated to the conservation of Xenarthra. She is a University professor at the University of Santa Cruz-UESC. Flávia is an expert both in captive and wild anteaters.

She is currently doing fieldwork with anteaters, tamanduas and silky anteaters in different biomes. In addition, she has recently initiated a conservation project for maned three-toed sloths in the Atlantic forest.

Paul is the founder of FAUNA Paraguay, which is dedicated to the study of the Paraguayan fauna. Paul, British by birth, has lived in the country since 2003. A qualified zoologist and registered level 2 biologist with CONACYT he has extensive field experience in Paraguay, and has a particular soft spot for xenarthrans. Paul has published over 120 papers and books on the Paraguayan fauna, including a national conservation review of the Xenarthra and an extensive revision of xenarthran distribution in Paraguay.

Amongst other projects Paul is currently working on a book on the mammals of Paraguay. 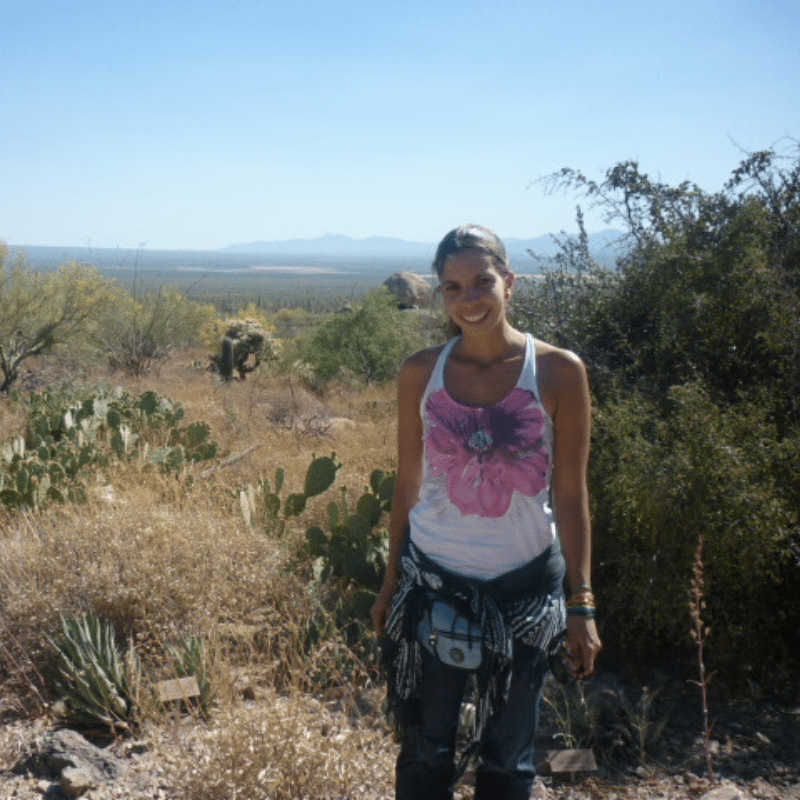 Maria graduated as a biologist from University of Antioquia, Colombia. She completed a Master’s degree at INPA (Brazil) and later a doctoral degree at UNAM (Mexico). During her graduate studies, Maria studied ecological and evolutionary aspects of armadillos. She has conducted research on the effect of fragmentation on the habitat use of several species of Cingulata.

During several years she also studied the geographic distribution of the genetic variation of nine-banded armadillos and the evolutionary mechanisms related to the patterns of diversity and divergence of this species. Maria is currently a researcher at CICESE (Mexico).

She is interested in understanding the effect of historical and ecological factors on the genetic and phenotypic diversity of populations.